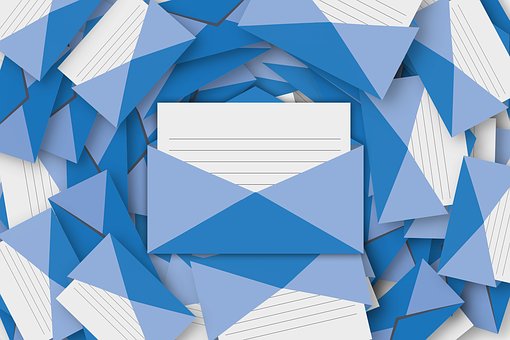 This might cause a rift between us but I’m just gunna go ahead and put it out there, for me You’ve Got Mail failed to live up to the chemistry of the original pairing of its lead actors.  However, my point isn’t to debate its box office success, rather I was hoping through the power of suggestion to conjure forth that little envelope icon which signifies the arrival of electronic correspondence.

I remember the days oh God I’ve just aged a decade with that sentence (you know it’s time to acknowledge you’re 30+ when you start wistfully regaling people with stories of your youth) a time before I became bombarded with flyers for the local takeaway and funeral plans (do they know something I don’t?) when I’d giddily cast my parents’ bills to the ground emerging victorious clutching aloft a virginal white envelope with my name embossed upon it.

Ink connects me with the world.  Those etched upon my skin together with those penned by my favourite authors which my heart wears as a jumper when Mr Grey (he’s my Tarantino suited depression) arrives and I struggle to concentrate, retreating into the solitary confinement of my mind.  As I struggle to rise and claw through the fog, those words sit with me a while, a patient companion, a shoal of literature to warm my soul until eventually I emerge.

You can’t beat that new or even old book aroma, so soothing and the eyelash flutter of turned pages tickling your fingertips.  One of my Dances with Wolves names is #SnifferOfBooks – I’m too ashamed to return to the Waterstones branch in Sheffield after getting caught groping a hardback, my nose buried in between the exposed pages.

Now, I’m not averse to technology.  Some virtuous book types are against the Kindle.  I’m not so much against it, I just prefer having something physical in my hands.  Although I must admit, I can see the benefits: storage for a start.  Thanks to my bookcase suffering one too many moves, those long suffering over packed shelves gave way.  With an incriminating eagerness that was only shown once previously when we added Sky Sports to our subscription – the hubby swiftly boxed up all my beauties and locked them away in the garage.  I swear sometimes at night I hear them murmuring. To try and make some room I have reasoned that if I’ve only read the book once and know in my heart I won’t revisit it, then it’s time to let it go to a better home.  But what if it’s a trilogy and they only want to take one?  I can’t break up a family!

The other bonus to a Kindle is it removes the risk of folded down pages and, my ultimate book pet peeve, tea stains!  Personally, I don’t tend to hold grudges as I hear they cause wrinkles and I’ve got more suitcases under my eyes than Heathrow airport -so my shit list is short.  However, that said I did add someone to that exclusive membership after entrusting them with a favoured book only for it to be returned resembling a battered coaster.  I shan’t name names- you know who you are……Mary!

From a practical point of view transitioning from typewriters to computers was daunting but fun.  Good riddance to nail breaking keys and skin staining ribbons.  Although I do miss pretending to be Jessica Fletcher and playing the theme tune in my head as I struck those weighty letters with vigour #MurderSheWrote.

Email has become the Usain Bolt of the correspondence world.  Reaching its intended targets far quicker than any pigeon or postman could ever dream of.

Although instant communication has its pitfalls.  Who hasn’t winced, recoiling from the screen as you’ve read something ALL IN CAPITALS.  By comparison words in italics cause me to conjure some swoonsome type whispering sweet nothings.

The next time your fingers hover above the keyboard take the Bobby Boucher (Waterboy) approach #VisualiseandAttack – preferably the former than the latter, I don’t want you to end up taking a spell at her Majesty’s leisure for GBH.  Project a polaroid snapshot of your recipient.  For me, if like Iggy Azalea they’re a bit Fancy, I’ll transform into Hyacinth Bucket and turn on the charm, stopping short of rulering stamps but if they’re a friend, God help them, I know I’m free to converse solely in 80s power ballads.

Regardless of its delivery every word carries potential and far more clout that any musclebound bodybuilder in the free weights section.

Whatever the medium every word in every message has power; can evoke emotion, stir someone’s soul.  How will you choose to wield the force Luke: for good or bad?

Most importantly know this: I am your father!

One thought on “You’ve Got Mail”