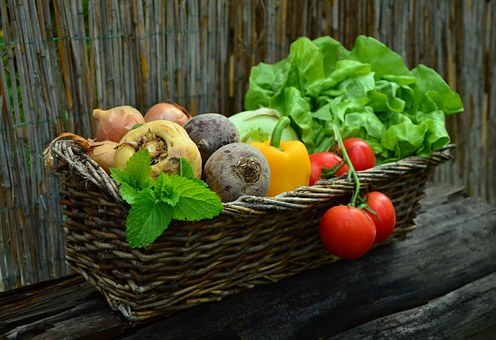 It took a recent hangover to realise the closest I’ll come to meeting my 5 a day is a fruit smoothie.  Don’t get me wrong, I’m not averse to veggies, it’s more the false advertising I endured as a child that has left a bitter aftertaste in my mouth.

Take the humble carrot for example, forget PPI, I can’t be the only one who was mis-sold Bugs Bunny’s favourite snack under the promotional spiel that it would lead to night vision.  So many twilight hours were wasted lain awake in my sleeping bag, awaiting my powers to kick in like an impotent Peter Parker, to no avail.

The PR campaign on food didn’t just stop there.  Apparently if I ate the crusts of my toast I would get luscious curly hair yet contrary my mother’s assurances, in the following days it remained as limp as a wet lettuce.

I started to catch on that I’d perhaps been at the mercy of an elaborate ploy when my nan took my younger brother to one side and tried to swindle him into digesting the ominous doorstops of yeast.  To my dismay, she had recycled the propaganda so to imply that if he did consume them, he would be the beneficiary of a plentiful chest carpet!

My journey into adulthood did little to curb my mother’s enthusiastic campaigns.  Although she had to admit a damning defeat when it came to cottage cheese, as I outright refused to let anything that resembled cow sick anywhere near my palette!

Rather naively I expected becoming a parent would call a cease to the party line on consumables but instead I found myself swamped in retailing half-truths and hype.

Even the products themselves are feeling the pressure and have taken to tarting themselves up to make a play for your trolley; mutton dressed as lamb.  Let’s face it a courgette is just a jet washed cucumber and a clementine is your standard satsuma albeit with a generous application of Fake Bake.

I want to be exotic and try different things but I’m a creature of habit.  The closest I’ve got to a watermelon is watching Dirty Dancing with a Bacardi Breezer!

Often, when I do get a bee in my bonnet about trying something new, it only ends in disaster or, at the very least, a collection of fridge juice in the bottom drawer where I stash all the perishables I’m unsure of how to cook.

The ones I really feel the most for in this culinary journey are sprouts!  They’re the grey man of the vegetable world.  Obligatory wheeled out in December only to be shunned the rest of the year.  Never accepted for who they are because there’s always some celebrity chef peddling a well-timed book encouraging the masses to tamper with their mechanics.  Strangely they are my favourite – as I pass their bitter emerald faces, hooded eyes concealed from scorn, I find myself itching to do an Andrew Lincoln and hold aloft a card saying; To Me You Are Perfect.

It’s a small consolation that come the ghost of Christmas dinner, when you’re hazily trying to recollect how many ports you’ve sank and what day the black bin is going to be collected, they will wreak their unholy vengeance as you tentatively chance releasing the slightest puff of air from your cheeks only for it to be a silent but deadly!

Now I’m in my 30s I have come to a crafty compromise to keep the Government suits happy and the transfer hoists at bay – I have adopted the multi-tasking approach to my 5 a day.  Why buy separate components when one can perform the role of many?  Take the bashful tomato, the most celebrated hermaphrodite, that’s 2 out of 5 knocked out the park already, add to your cart a tropical Capri Sun and you’ve bagged yourself a home run or at the very least, a temporary get out of jail free card.

Personally, while I’ll keep attempting to venture into the unknown, for now you can keep your kale and I’ll stick to a wedge of lime in my Corona.