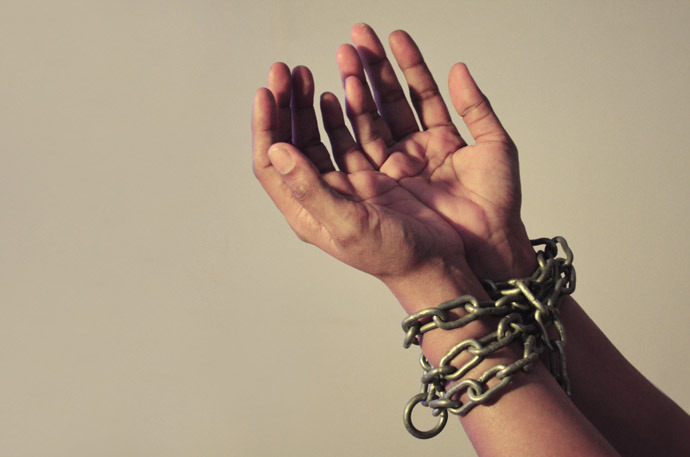 I wouldn’t say my husband is naive when it comes to most things, that is usually my guilty trait, however, when it came to our nephew’s christening he boldly underestimated the god squad.  All he had to do was tell a little fib in response to the question of whether or not he’d been christened, and we’d have been home and dry.  Instead he underestimated the consequences of getting us tangled up in the ways of the church and so began his rite of passage.

If I seem a little cynical that will be because I was raised Roman Catholic in the 80s, in a time when you towed the line and didn’t question anyone in authority, you did as instructed, or at least in my case winged it as much as possible without blowing your cover.

Growing up, all the talk of Almighty God and damnation and my small self was formulating conspiracy theories in abundance.  The first was that there were hidden trapdoors, particularly in puddles, unlike Peppa Pig I grew increasingly wary of those supposed fun pools of joy, instead I remained convinced they were enticing poop shoots to transport you directly to hell.  The other main theories I was fond of was that God was really this big CCTV eye in the sky operation, he kept all your worst bits on VHS labelled ‘DO NOT TAPE OVER’ and then played it on a gigantic wall of TVs in front of everyone in the sky when you kicked the bucket to shame you for all eternity.  The other suspicion was that we were all puppets on an elaborate set that god played with from time to time and that’s why you slept, because he had to put you down and go pick and move the pawns in other countries.

Snow freaked me out for a brief time too, as I had this awful suspicion that it was the ashes falling from the bodies in heaven.

But as I grew up the crazy theories began to fizzle out and I was left underwhelmed as I watched everyone else submerge themselves in the rituals of religion.

I’m not against religion.  Sometimes I really do wish I had that kind of system of faith into which I can commit.  But I’d be a hypocrite, I just don’t buy it.  I knew that from the moment I started taking more interest in watching everyone else take their cues than performing my own.

There is something about churches I find strangely soothing though, the incense, the stained glass, the history, you’re stepping into a relic of the past; as though you’re falling through time.  That or it could be I have vicariously associated a feeling of calm to religious buildings as our local Church toilets were the first place I self harmed.  The smell of incense goes hand in hand with the wave of relief I felt resuming my place on the pew, damp toilet paper under my trousers clinging to my thighs, makeshift bandages.

I can see the allure to religion.  The modern adult equivalent of a comfort blanket.  I suppose you either feel it or you don’t, and right from the start, I just didn’t.  So to then have to go through all the tedious rites of passage, the pomp and ceremony of it all, not to mention the horrors of the accompanying ‘dressage’ for the occasions and it’s no wonder I remain cautious of the ever inviting god squad.

Luckily for my husband he just got roped into attending a few mandatory Sunday services and remained baffled by it all.  I was an ex-lifer, having only escaped in my very late teens.  One brave night I showed him the evidence of my trials in the form of my holy communion photos.  We’re talking veils and more lace than Madonna in her heyday – he thought I was caught up in some mail order child bride scandal!

But I do understand why people invest.  I might not be religious but I am spiritual in my own way.  I think subconsciously on some level we’re all searching, for a connection that runs deeper than the surface, a plain our souls can reach without want or need for flesh.  For me that comes from nature, that moment when all signs of industry and consumerism drop away until all the eye can comprehend is the vastness and antiquity of the surrounding landscape. I get a feeling of contentment and perspective that often eludes me when I’m knee deep in the holy triangle of hell known as pots/washing/ironing; tracing knots in the trunks of old trees, skimming fingers over cracked bark and willing shy cocoons to open.

In places of natural beauty, whether rural or coastal, I find a peacefulness that I fail to perceive anywhere else, and a sense of time, that invisible hand at our backs guiding us ever onward.  As though I could be stood in that very same spot a hundred years from now or a hundred years earlier and the vista would remain the same, all that would crumble would be my bones.  Death fails to be an end in those places, more a necessity to carry on the order of all life.

In a way we’re all bundles of energy, dying stars, falling through time.

One thought on “Losing My Religion”