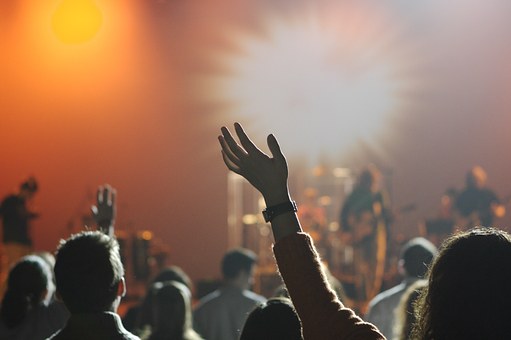 I don’t know when it happened, but at some point I went from a 20+ something belting out one of Blur’s greatest hits with an oversized pint as they closed Glastonbury, to a 30+ something wedged halfway down a Little Tykes slide!  It had to be on the rare day I was wearing shorts; the plastic burns were similar to the marks when I forgot to remove the littlest’s training seat from the toilet and ended up with a pink donut mark on the back of my legs  – although admittedly, I did find the extra cushioning quite comforting.

It’s the kids you see, not only are they the gatekeepers of sleep but they steal your youth as well; that bygone era when you could leave the house in under 5 minutes, nurse a hangover at your leisure without Topsy and Tim on repeat, causing you to contemplate doing the Travis Bickle, and wet wipes were only a must for festivals.

So you ring in the changes. If you can’t beat ‘em join ‘em and all that.  White faced and through gritted teeth you clasp the cheap plastic furniture of soft play centres for dear life as they charge you a fortune to listen to the screams of other children and hand over a fiver for a weak cup of tea topped up with  a suspicious film, which makes you wish you’d paid more attention in science class.

Now my dangerous duo are getting older and actually sleep through the night, we no longer have to tiptoe up the stairs as though we’re about to burgle our own home. Over this summer just gone (well that’s if it even arrived in the first place!) we thought we’d try something a bit more adventurous. We’d have a bash at this camping malarkey.  People seem to rave about it and I am partial to being outdoors and going on a good walk, so we thought why not – fresh air, the good life and all that.

Sure, I was a little concerned to begin with over the whole toilet situation.  Thanks to having the NHS equivalent of Sweeney Todd ‘deliver’ my first child I have the bladder of a 90 year old and am always held to ransom by my waterworks. Honestly wherever I go, I turn into Robocop scanning the horizon for signs of urinals!  This led to a debate over ‘shewees’ – but after much consideration of this potential option I decided to sack it off for fear of over-filling!  You see *lowers voice – you never know when Sira is listening in* when I was pregnant with my second child I had a rather traumatic experience in a park when my ancient bladder once again had me bang to rights and I was so desperate I ended up peeing in a large diet coke cup.  I reasoned if that couldn’t cope with my output, a flimsy rubber funnel didn’t stand a chance!

But onwards and upwards, off we duly went, barely managing to fit in the car such was the degree of paraphernalia the husband had to negotiate into our tiny hatchback.  Faces pressed against the glass we skipped singing Kumbaya My Lord, opting for 2 hours of the kids bickering over who had the right lip balm (they both had the same one!). As I sat uncomfortably astride an ice box of food only to discover later I’d bought the wrong fluid for the stove (I thought lighter fluid meant just that – instant flames – but no!).

I want to post wonderful family pictures and rave about the fresh air and the quality bonding time.  But what actually happened was just ONE night of camping, turned me into a country grumpkin!  It was so cold me and the husband kept re-enacting the scene from Titanic after the ships gone to ground as it were and Jack’s reassuring Rose as he perishes that they’re going to die old and warm in their beds (can’t beat a bit of optimism!). As I clung to him shivering fully clothed because I refused to bare my goose pimpled flesh to the arctic air.

Instead of being rudely awoken by the dustmen – we were awoken at 6am(!!!!) not by the sound of bird call or lambs (do you still hear the lambs Clarice?) but by the tortuous screams of ghastly mini people!  Then realising I was about to have an #OopsMoment (I’m only ever one accident away from a pack of Tena lady). I dragged my disheveled body, which was now seriously in need of a chiropractor, off to the toilets only to discover to my horror I had to queue for the privilege.  I took my place in a line up not too dissimilar to the Usual Suspects for all of 2 minutes before I feigned a phone call (despite there being no signal) and made a dash for the nearest field with appropriate cover as though I were Bear Grylls in weekend mode.

All was good, I avoided any walkers (seriously, you’ve gotta watch out for them, they get everywhere – they’re always the ones unearthing bodies!) and thanked the old gods and the new as I eased my burden and felt so smug at my use of the alfresco WC that it took a few seconds before I realised my oversight – loo roll!

So shamefaced and nettle stung I trudged my way back, having had to shake the lettuce as it were, and we vowed that regardless of whether we ended up at Shawshank, our next destination had to have four walls and a roof!