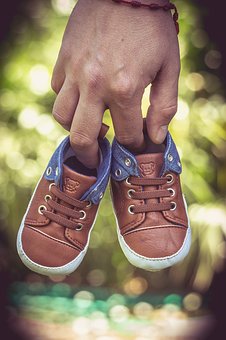 Fear not, I’m not a disgraced medical professional’s widow on the warpath.  For one, the last time I went blonde I resembled a mangy rescued mongrel after having to cut out chunks of matted hair with the kitchen scissors, and secondly, my sanity can barely withstand over an hour at a soft play centre with my own children let alone posing as a live-in nanny!

Fictional vengeance aside, I did have many plans as an expectant mum.  Those first eight months of pregnancy I spent in awe of my rapidly changing body.  I marveled at my humpty-dumpty stomach and the elasticity of my ‘eggbert’ maternity pants.

The last month however is where my memory starts to become foggy, as if that particular measure of time was smudged by an oily thumbprint.  It was spent back and forth to the hospital visiting my father in ICU.

My contractions started by his bedside.  I do remember telling him “I think someone wants to make a dramatic entrance” before reluctantly, I moved from his bedside.

Reactive post-natal depression is what they called it.  I won’t besiege you with the academic definitions, but I remember all too clearly the soul crushing purgatory I waded through on a daily basis.  I don’t remember crying or what words clumsily stumbled over my lips when I attended my GP, but she seemed certain this diagnosis was the reason I felt such a fraud as a mother and a wife.

I can recall with minute detail my second child’s birth, but even with help from my counsellor and some form of therapy I can’t remember the name of, the closest I could get to grabbing the coattails of my eldest’s arrival into the world was the large doe eyed clock on the side of the wall.

For me it was the cruelest trick the universe pulled, up there with Verbal Kent’s engrossing tale right up to his limp disappearing and the revelation of his true identity as Keyser Soze; it had conspired to gift me this beautiful little person, perfect to the most miniature detail, and yet with a slight of hand to rival Dynamo, had stolen my father days afterwards.

I felt so detached from everything.  The world around me felt too loud and bright, I recoiled from it, isolating myself further and further.  I saw other mums posting pictures with their babies holding milestone cards on social media whilst I clock watched for the next round of painkillers feeling inadequate by miles.

Even now, nearly eight years later that first year is hampered by a dramatic punctuation ink blot that bled through my memories, as though Will Smith’s Agent J turned up at some point during the labour and advised to “look right here”.

Gradually as I got better I learned to forgive myself for my illness, but the guilt at missing out on so much of her first year will never truly erode.

It doesn’t help that we’re subconsciously groomed by certain media streams into the misconception that the measuring stick to judge a parent’s worth or competence is pushing the most high-end pram (complete with heated seats and assisted parking) or wearing coordinated outfits (I’d be Danny DeVito in this hypothetical Twins rip-off).

The best comparison I can find to reflect how I felt at the time is this.  My sister can remember her childhood in so much detail, I suspect she may secretly be a Time Lord, I however am not as gifted.  What does stand out from my early years is briefly being separated from my aunty in a busy bus station.  Everyone was bustling around me, I had no idea where I was and hadn’t been paying attention to where I was going, my heart sank as the realisation dawned on me that I had no clue how I would find my way home.  I felt so helpless and sacred.  Then through my sobs, a familiar voice called my name and gave my arm a reassuring squeeze and a knowing hand I could trust, held my own.

I may have required more in those dark days than a maternal aunty and the correct change in bus fare, but I still needed a hand to hold, someone to help guide me back and find my place in the world.

Parenting isn’t about the brands we can afford to dress our children in or whether we’ve found the time to brush our hair, let alone apply some make-up in between dodging Lego and rummaging for an AWOL PE kit.  It’s about the love we’ve cradled them in, that we’ve carried from the very moment their life bloomed within ours; a new heart beating not far from our own.

4 thoughts on “The Hand That Rocks The Cradle”