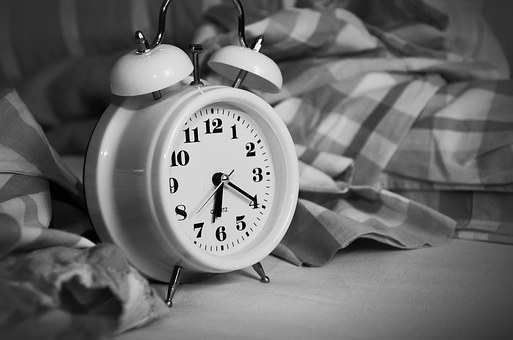 Ironically whenever I play that classic ode to slumber by The Chordettes I can’t help but lay awake reminiscing John Candy’s faultless performance as Uncle Buck as opposed to actually closing my eyes and drifting off to the land of nod.

For me sleep is an illusive beast.

It never used to be such a battle.  When I was a kid you could hang me on the washing line and I’d still manage the recommended six hours down time.

Time changes things; claims rebates on your joints and psyche.  You accumulate scars both seen and undiscovered; those that recoil from the touch of another, lying dormant beneath the cloak of epidermis, before inexplicably blooming once more, wounded anew.

After a while I began to fear the twilight hours; the bedroom became a shadowland.  My body time travelled, limbs involuntarily twitching in recollection as memories and old hurts flowed through my veins, a river of shame submerging me in velvet dark.

It took the love of another to stop me drowning.  Even when often I would surface from those terrors, a swamp thing, arms I could trust would draw my shaking body unto his and hold me there, until my tears receded and my heart stilled.

Those intrusive thoughts still probe at me in the half light, clawing at my skin, but what I have discovered most effective to curb them, is to illuminate them.  In darkness they fester and multiply, crowding you in a lone battle.  I promise you this, no monster is half as frightening when no longer draped in silhouette.

Remember the only captain capable of navigating the vessel your soul is aboard is you.  Those invited into your life are merely guests.  These day even the most tolerant of practices can often be found brandishing ‘polite notices’ reminding patrons to refrain from abuse.  Don’t place more value on someone else’s summation of your self-worth above that of your own.  We spring clean our wardrobe, what about those we let into our hearts and home?  Love and trust work both ways, they must be earned in return, if someone is incapable of that then drop anchor, refer them to your terms and conditions, remove their boarding pass and show them the door.

My slumber was further aided by altering my usual nocturnal habits and reclaiming the immediate environment.  I’m from Yorkshire, my second most overused question is “how much?!” so you’re unlikely to find any Versace on my floor; creating a sensory environment that your mind can engage with rather than retreat from does wonders to sooth frayed nerves.  There’s no need for locked doors and safe words (I can barely remember my anniversary); a little candlelight and some incense can do wonders to relax your frazzled subconscious and allow your body to unwind.

Nowadays the night terrors have turned full circle.  More recently, particularly this winter, despite all he has done for me, it is with great joy that I have stalked my husband in bed.  I’m similar to Drake although instead of jewellery I wear every robe even when I’m in the house!  You know you’ve reached a certain point as a married couple when your idea of dirty talk is which setting you agree to put the electric blanket on and exactly how early is ‘too soon’ to click the switch on – Jason Derulo would blush if he could hear us.

I won’t say that everything is plain sailing.  Some nights I still struggle with my anxieties which prod at me.  Sometimes sleep is the last thing that calls to me, but it is better.  Now, generally, when I’m forced to put an extra wash on it’s because I’ve followed Nelly’s advise and had to flip the mattress and change the sheets for the right reasons and not because I’ve woken from nightmares as though suffering menopausal sweats!

For those times when no matter what I do or how much pillow mist I spritz (a little goes a long way) and still cannot relax, I know if all else fails me I can transcend during the day via one of my many misheard song lyrics and become Fetty Wap’s nap queen.

Right thanks to that drowsy tale I’m off to get some shut eye.  To quote the wise advice of my favourite amnesiac Jason Bourne;

“get some rest Pam, you look tired”