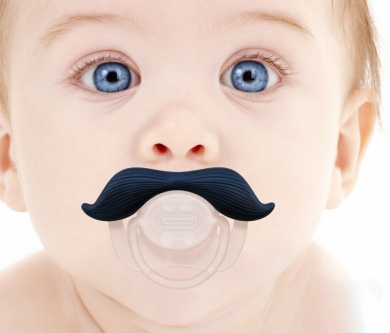 Guys I get it, as a woman I totally relate to why you’re so captivated by knockers – those hypnotic fun bags of joy could keep the best of us entranced for hours.  What’s not to love eh?!  But, from a woman’s perspective, more specifically mine, I’ve found there to be a few drawbacks.

Firstly, lowers voice conspiratorially (you never know when Langley are listening in, I’ve seen Homeland!) – there’s nipple maintenance!  We’ve established previously I am Wolverine’s lovechild and it appears my body hair issues have spread to the old breasticles.  It’s not a great swathe of forestry mind, more the old rogue dark hair here or there, which I have to be constantly alive to the threat of and ready to pluck those motherfuckers at a moment’s notice.

The other drawback to knockers is their mode of transportation.  Personally I prefer to travel al fresco if you will, but I find that’s frowned upon and now in my 30s, let’s face it, not practical, as the moment that ghastly contraption comes off and I’m enslaved no longer, they head east and west so fast I could do with a Border Collie and a shepherd to reign them in!

Bras are a bloody minefield, they go from one extreme to the other.  You either end up with a massive great padded contraption which leaves your boobs resembling quarreling ferrets in a sack, or there’s barely any material to it so the slightest breeze leaves you stood to attention!  Then there’s the whole multi-strap debacle, though I have seen a new fangled ‘device’ that is basically just two cups and a bit of string – the remaining canvass has been outcast from the get-up!  But I remain suspicious; witchcraft of some kind if ever I saw it!  However if it transpires that Dynamo is somehow behind it (a ‘backer’ as they seem to band about on Dragon’s Den), maybe he’s decided to turn his sorcery to women’s lingerie, I might be tempted to give the slippery little sucker a whirl.

The biggest drawback to date though was breastfeeding.  Fear not my dear fellows, I’m not about to step atop some metaphysical soap box and start preaching – I think a woman’s body is exactly that, it belongs to her, so your boobs your choice right?!  I just thought I’ll give it a go; what’s the worst that can happen right?!

I should have known what I was letting myself in for when I walked into a room littered with crocheted tits in abundance (I kid you not) and our esteemed “tutor” gave us a live demonstration with her child (of at least 5) after he had just finished munching on an apple!  A fucking apple!  The way he tucked into her breast brought connotations of Dr Lecter to mind!

Understandably my enthusiasm waned slightly after that encounter but I’m nothing if not determined when I put my mind to something and when my eldest arrived on the scene, to my surprise, it was as easy as pie, mainly due to the fact that out of the two of us, she at least knew what she was doing.  However, in the midst of all the cooing and ga-ga nonsense no one takes you to one side and has a word in your shell about a few lesser known side effects of breastfeeding.

After a matter of just days, they’re not yours anymore, they belong to the child.  It’s like they become de-sensitised to touch – becoming mere swinging udders ready for milking.  I remember swatting my husband’s hand away from my boobs a good few times like he was trying to pinch a sandwich from a buffet – like hey fella, that’s her lunch!  In my defence our child did have the same indignant look of distaste on her face at his attempt to grope me.

Then there’s the leaky tap syndrome when no matter that you double the nursing pads in your bra, your tits still manage to piss themselves at work!  Which is a particularly excellent wardrobe malfunction when you work in an open plan office #awkward!  Although I must admit, they make great pistols for private use when you’re gearing up for a feed – I caught my husband in the eye with the spray from my right one once it was so ready to give up its load, the left one would just weep milky tears of angst when it was ready to go but that right one had more power behind it than my neighbour’s Karcher jet wash!

From my venture into breasting I discovered the difficulty wasn’t getting her on the damn thing, it was weaning her off it!  My eldest was just over a year before I managed with a considerable degree of difficulty to get her off them, I think probably in part because they doubled up not just as lunch but also as a teether – buy one get one free!  She would feed greedily and then get milk drunk and nod off in my arms with half my nipple precariously drooping from her lip like a roll up, but can you credit it that no matter how long she’d be in that position, the moment I’d tentatively attempt to liberate the nipple, her chin would give a telltale wobble and she’d be quicker on the grind than R Kelly.

When we had our second child the hubbie convinced me it’d be easier to use bottles, it’d be more convenient, but I quickly realised the neverending hassle of it all, instead of just lobbing out a boob you have this entire army of paraphanalia to attend to – it’s a constant precession of sterilisation, I felt like I was on a conveyer belt in a Colombian drug factory!  Then when I’d finally get my gorgeous gatekeeper of sleep back in her cot and one arse cheek gingerly on the bed, she’d cry again with wind!  Honestly if I had to be tortured I think I’d take waterboarding over night feeds!

There is one last confession, which I shall refer to as #bittygate.  You see they told us if we were bottle feeding not to let the little one near the treasure trove, and I duly did as instructed.  What they didn’t prepare me for was waking up with a chest to rival Dolly Parton two days post C-section – my milk had well and truly arrived on the scene and let me tell you now, as much as I’ve often pondered what my life would be like with an enhanced cleavage, it was not fun – it was sooo painful I didn’t even have time to develop a swagger.

In my defence, it was a Sunday, the GP surgery was closed and I was still too sore from the C-section to contemplate driving somewhere so I found myself begging the hubbie to take one for the team and by god he took to it like a duck to water, I found myself in awe of his technique – as though he were withdrawing venom from a snakebite.  We followed the rules to, look but don’t touch, touch but don’t taste, taste; but don’t swallow!

Is it wrong that I was slightly aroused as my husband spat my fruitless milk into his Liverpool cup?!

What’s that I hear?; oh yes, that’ll be SHAME knocking at my door!

On that note, I bid thee farewell for now.